My 2010 Golf came without an armrest, only the center console, and it's always bothered me. Now that armrests in good shape are showing up on eBay anywhere from $80-150, I decided to do the install--I've never gotten any good feedback (or negative, really, to be honest) about aftermarket options, and paying ~$350 for the VWOA part seemed crazy to me.

Before I set out buying, I did some preliminary research, including looking for a guide with pictures to see what I'd be up against. By all accounts, it would be easy, and steps were kinda-sorta outlined in different threads on different forums--but I wanted pictures and a guide.

I decided earlier on *not* to opt for the back AC duct, since nobody ever sits back there, really. It bugs me that you can't get an armrest without the vents, but out of sight out of mind. And I need a place for my elbow.

So, if you're a noob like me, here's my attempt to show you how I did it. This is probably not the best way, or the right way, but this is what worked for me. 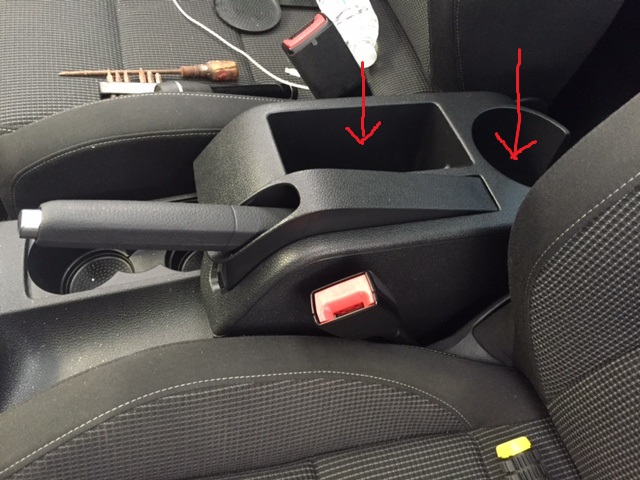 Yank the hand brake up and the console should slide right up. Here it is mostly pulled out, with the aux cable still attached. The two holes circled are where you'll attach the armrest later. 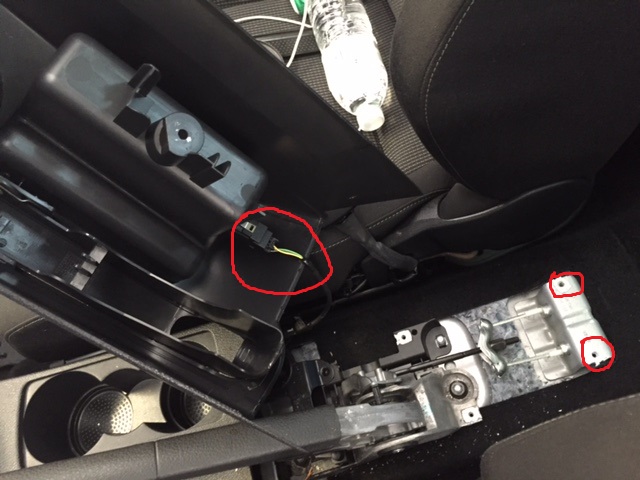 Pull out the clip going into the aux port. I slid a little flathead screwdriver into where it snapped together and it came out easily. Nothing in the center here: 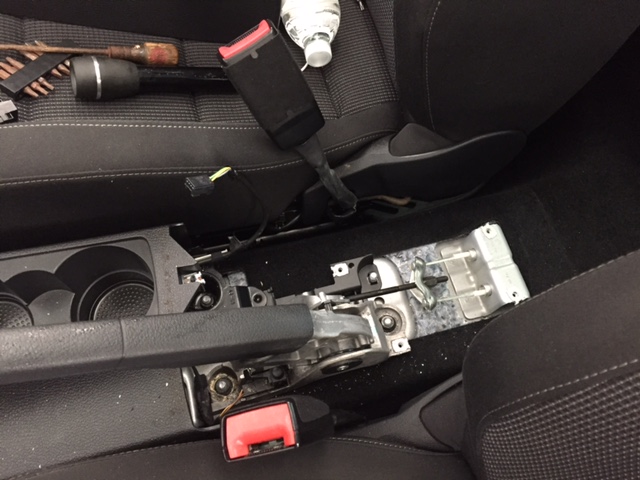 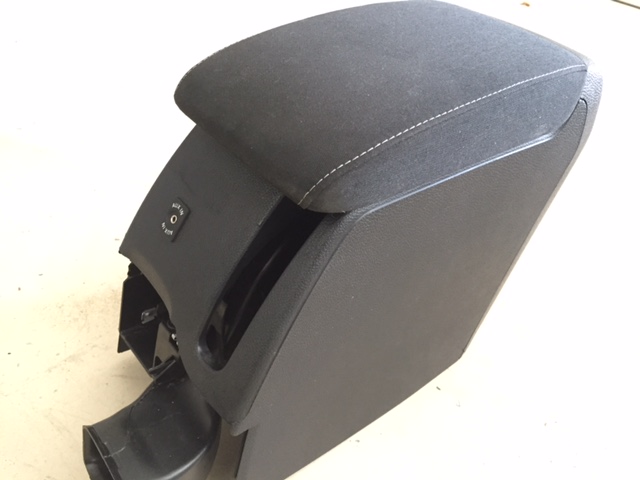 Here's a shot of the bottom of the armrest (front at top of picture, back at bottom of picture). Circled in red is the aux input where you'll clip in the old cable, and which will be on the front when installed, as seen above: 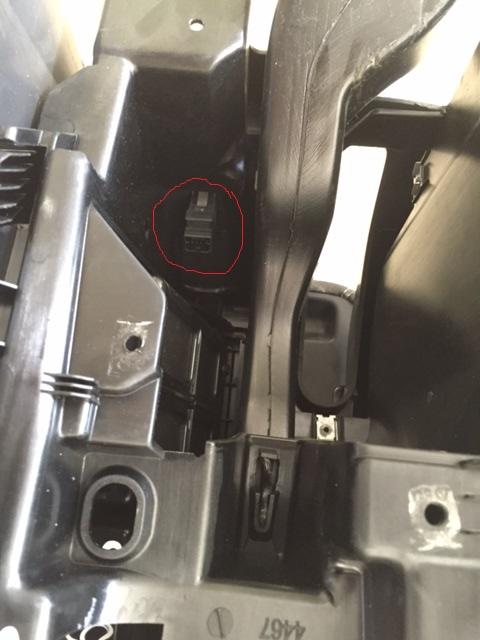 Before you bring it into the car, remove these two screws from the cubby on the back. 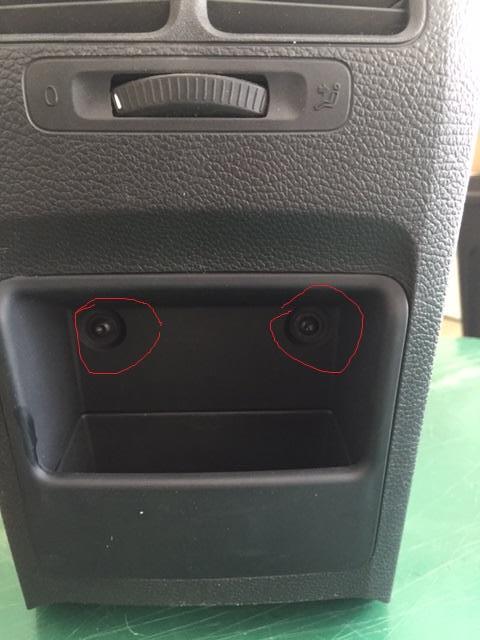 That will give you access to the bottom back area, where you'll eventually screw the armrest into the car: 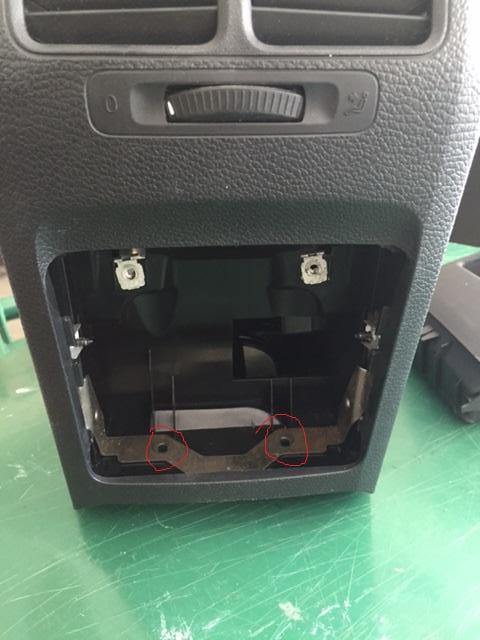 Slide the armrest over the handbrake. Borrow someone with small hands to slip the cord into the front/inside, so they can plug in the aux cable. It's not too tough, but the cord doesn't have much extra play--hence half-on armrest for this part: 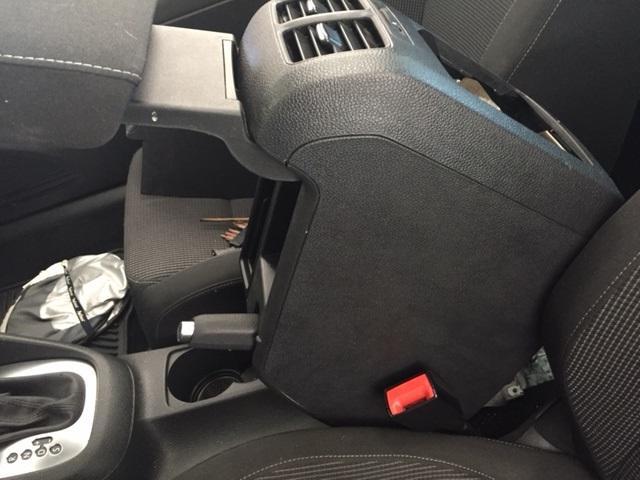 Wedge the duct piece (if your armrest has it) under the existing cup holder trim, push down. You're almost there: 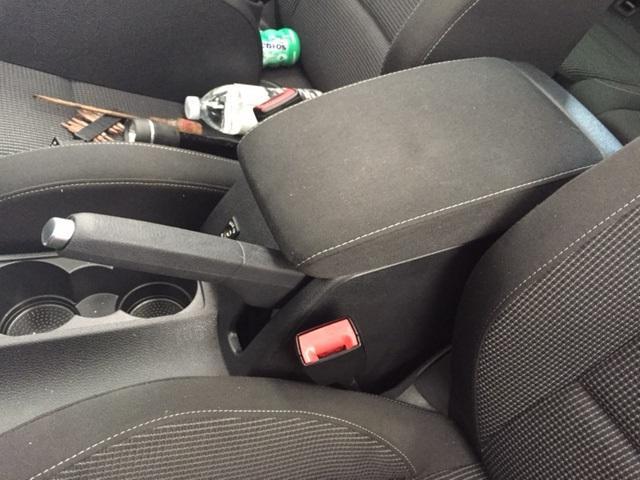 Rear view before being screwed down, note the armrest matching up with holes from the earlier pics: 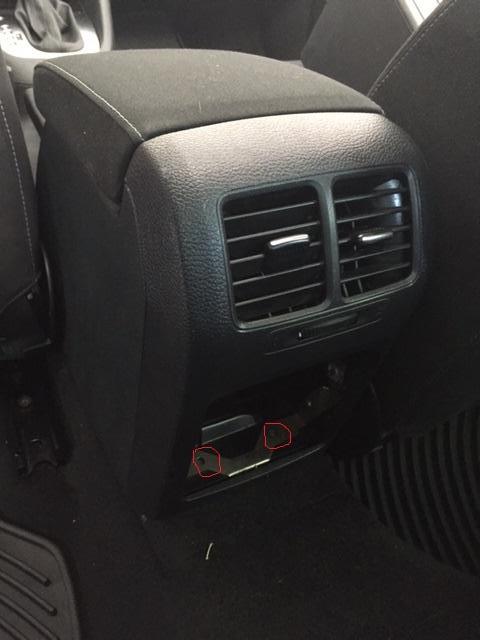 Screws in. You don't have a lot of clearance here, which is why I recommend (strongly) a short/stubby screwdriver, or perhaps some kind of key or wrench for your Torx: 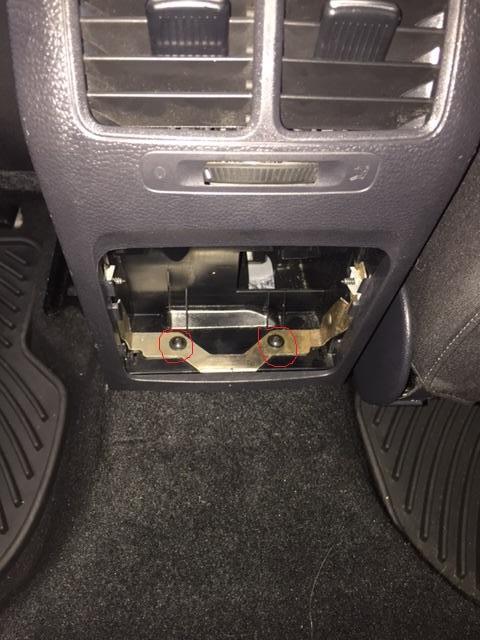 Pop the back cubby trim piece in, replace screws: 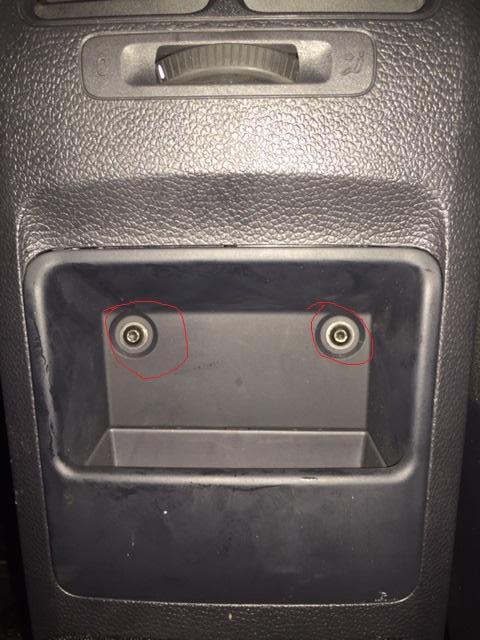 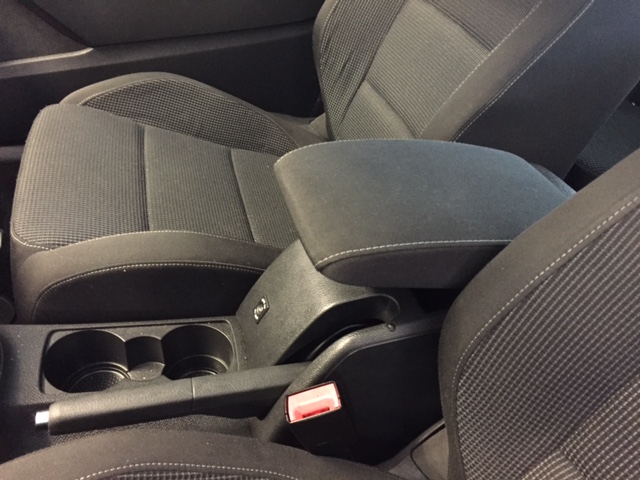 Thanks. Posted in the wrong forum but can't figure out how to delete here and move it >.>

I don't like the cloth armrest, I feel like it gets pretty dirty quickly. Any idea of some aftermarket arm rests made with non porous material that would be direct fit for the oem armrest?