I'm posting this hoping I can get an answer. I have rebuilt my engine for my 2009 GTI mk6. I was able to get the engine to start and it seems like everything is properly working. Altough, my problem is I have like three long bolts/screws.

Here's a picture of the three bolts 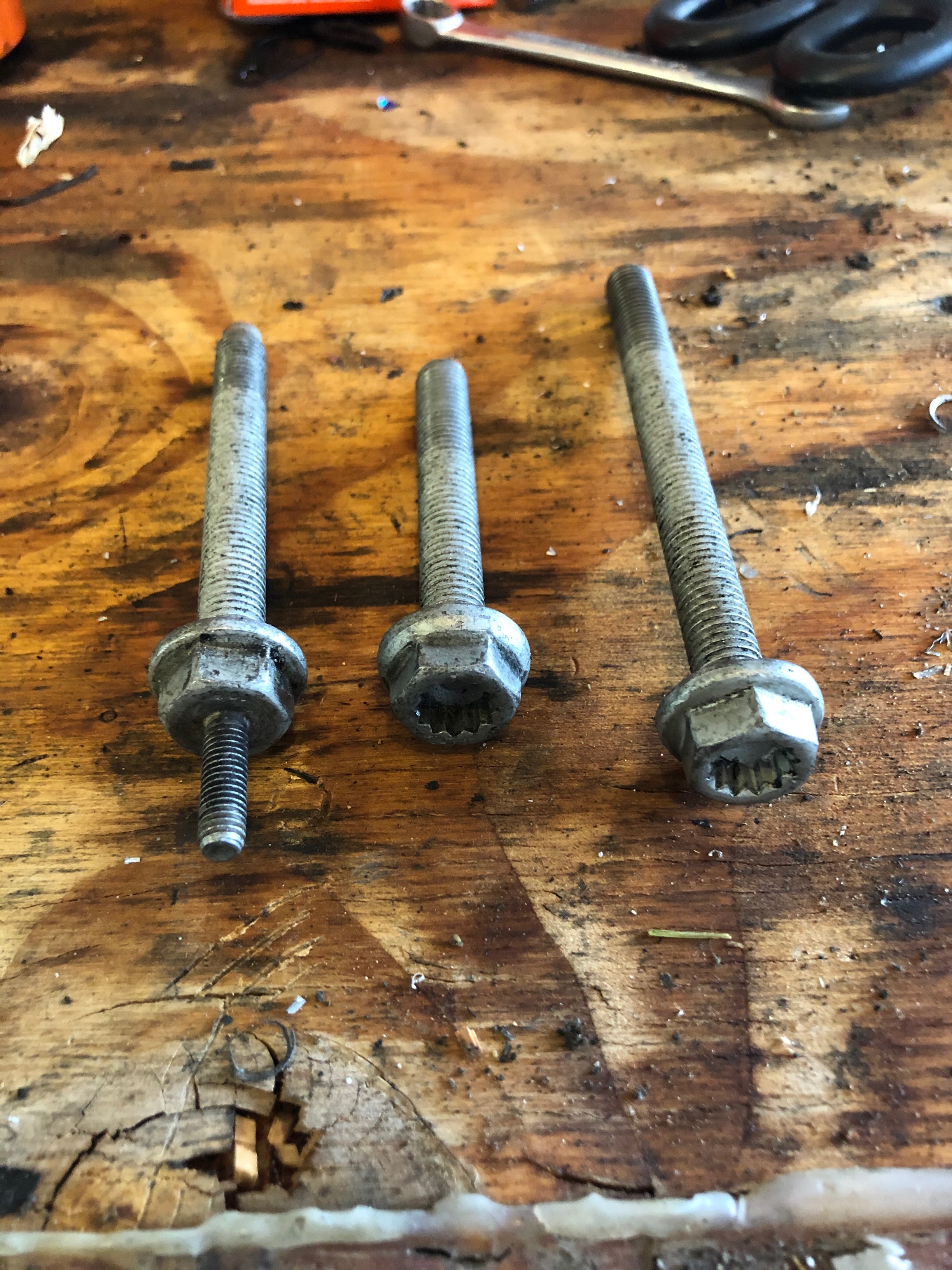 I think the bolt on the right side holds the oil pump inside the engine block. So I have to remove the oil pan to get to it.

I'm assuming the middle one goes into the engine block too.

But the doble sided stud, I have no idea where it goes. There's a similar bolt that holds the starter. And another one that hold the right side on the engine mount. Both of those are installed. So it's none of those.

Does anyone knows where this bastard goes?

I notices that my car chassis ground is not giving enough current to my starter. I had to use a jump cable to get the starter to work.

I wonder if this double sided stud connects to the ground somewhere?

On my R, the double stud bolt is either the upper starter mount or one of the engine mount-to-body bolts. The two bolts with socket heads look like transmission-to-engine bolts, so if they all came off together it's probably for the starter.

I happen to have a picture from when I did my clutch that has that bolt location. 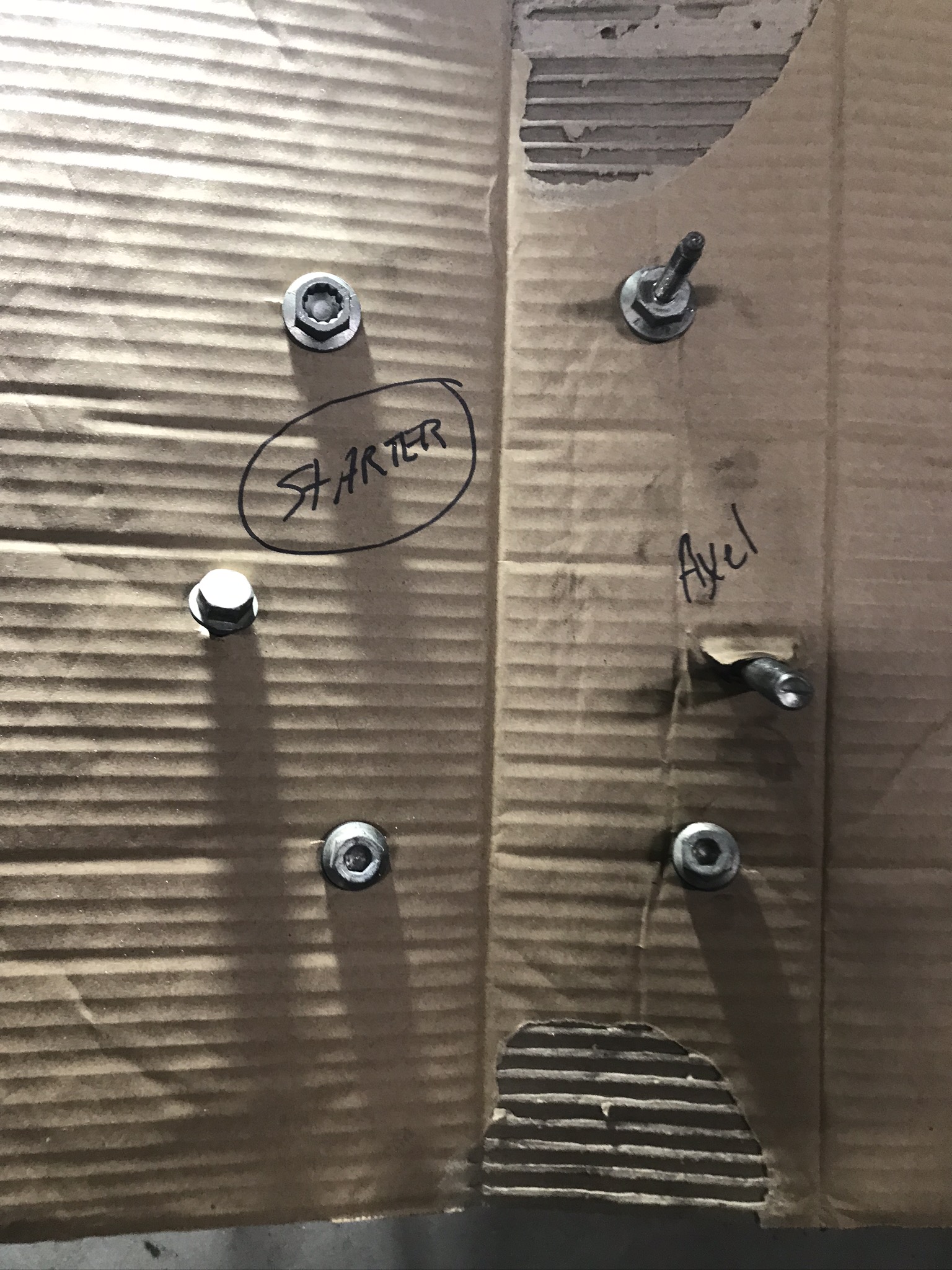