Nick here from Mishimoto with another exciting project out of our R&D facility! Make sure you head over to the Engineering Blog to learn more about the development of our universal Carbon Fiber Baffled Oil Catch Can! 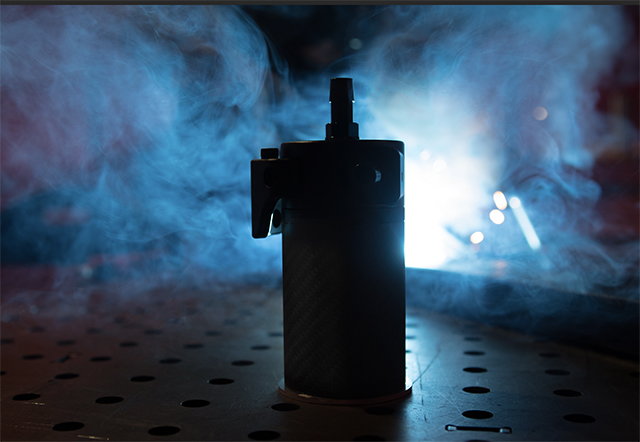 In the world of aftermarket modification, there are two directions to go in with any upgrade. Form or function. Some might not care if the part looks like a work of art just as long as it performs, and vice versa. That’s an owner’s prerogative, and maybe driving around a box that hits the 300 whp mark and sounds like a grizzly bear is all you need. Other enthusiasts prefer a flashy set of wheels and a few want the best of both worlds, style and efficiency, which isn’t always available. It’s not easy to get that perfect blend. That won’t stop Mishimoto from trying, though. We’re aiming to create a little gray from the black and white of performance against aesthetics all while protecting your engine from blow-by. 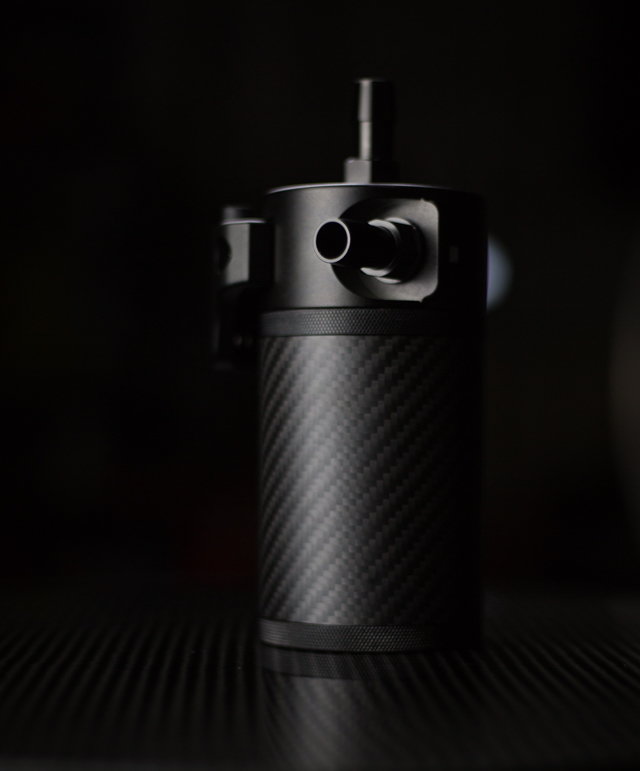 The business of defending the intake tract of any engine leans toward the side of function. Catch cans are installed to serve as a reservoir for that murky mix of fuel and oil aiming to infiltrate the intake manifold, and sometimes even mount somewhere out of sight. It’s no surprise that aesthetics doesn’t play a huge role in catch can designs, because as long as they keep your top-end safe, who cares what they look like? Well, we do, and I’m sure we’re not alone. 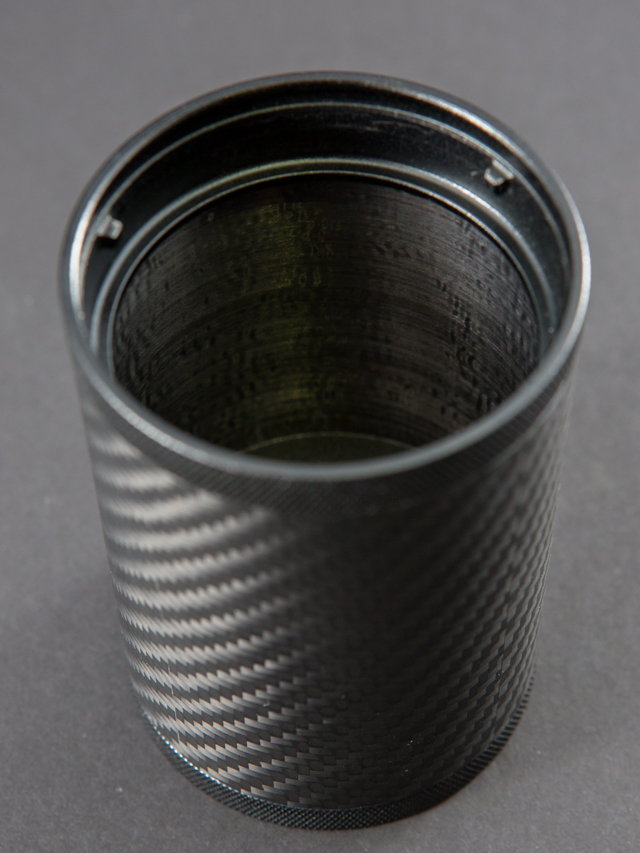 The main focus for the aesthetics on this catch can is the material. That silky black and gray weave is one of the most sought-after textures in the realm of automotive modifications, so we wanted to combine that with defending the top-end components of your vehicle. Our carbon fiber can is the real deal. We could have easily wrapped any one of our catch can designs in a sheet of carbon, but we wanted to take it to the next level, and so manufactured the can’s bottom from full carbon fiber. This can not only looks the part, but also helps shave a few extra ounces for the weight-conscious racers. 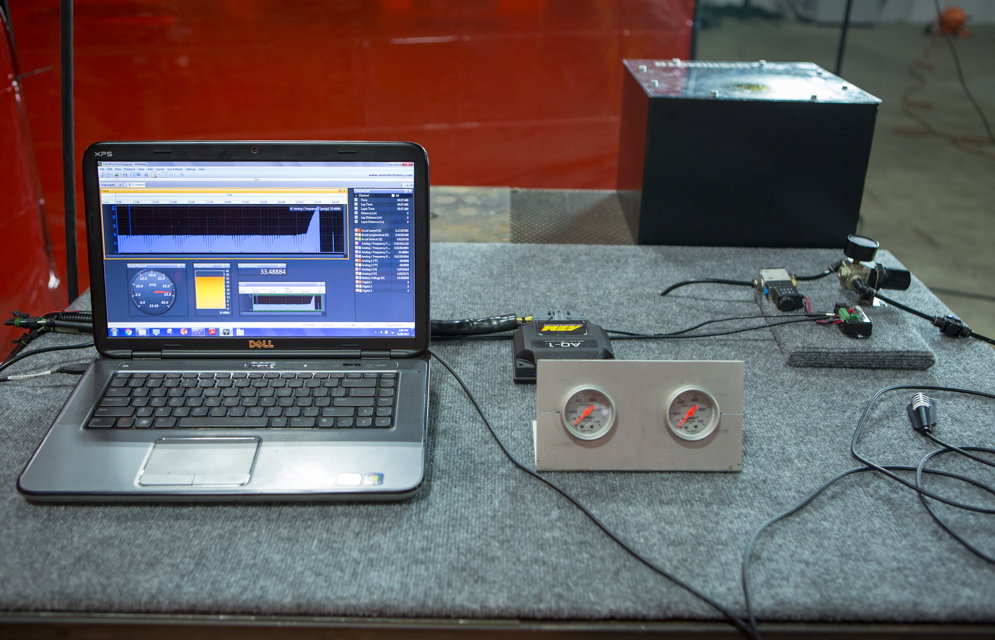 Along with the featherweight body, our engineering team started from the ground up to develop a catch can that not only looks great under the hood, but lives up to its pretty face. For more info on the features and the testing and development of the universal Carbon Fiber Catch Can, make sure to head over to our Engineering Blog! Also keep your eyes peeled on Mishimoto.com and all of our social channels to make sure you get in on the discounted presale price!

Ban assault catch cans. I wanna buy like 6 of them just bc of the pictures.
M

Just wanted to bump this up today to let you know that the presale for this catch can is now available! Make sure to get in on the discounted presale price while it lasts! 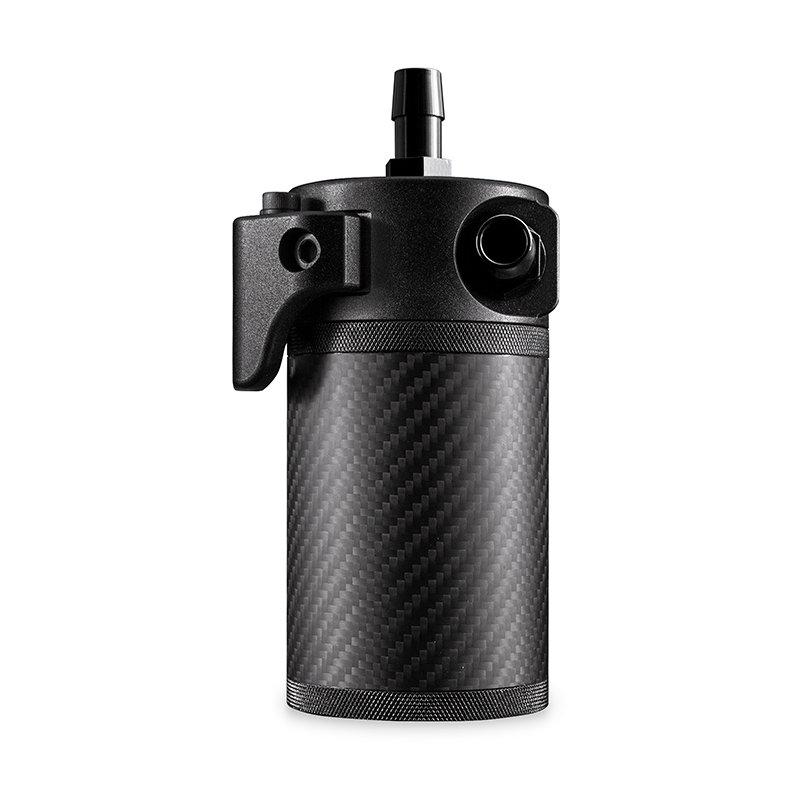 So whens the discount code coming out and fitment guides as on the Mishimoto web page it does not show a listing for the VW fitment for the above mentioned catch can or any of them ?? As it looks like a great product to have installed

will there be a africa plate or does it use stock PCV?

damagi123;2532049 said:
just like god intended. he didnt kill off the dinosaurs for their sweet sweet bone juice to have it go getting wasted by eco-obsessed torque thieves.
Click to expand...

Macca 01 said:
So whens the discount code coming out and fitment guides as on the Mishimoto web page it does not show a listing for the VW fitment for the above mentioned catch can or any of them ?? As it looks like a great product to have installed
Click to expand...

This is a great question! We actually designed this catch can to be a universal product, so we don't have it listed with any specific fitments. These are discounted until later today, so make sure you hurry to get it at the cheaper price!


lilonespaz said:
will there be a africa plate or does it use stock PCV?
Click to expand...

This could potentially be used with the africa plate. Given the universal design, we don't specifically include any vehicle specific adapters, there's no reason it shouldn't mate right up to any.