Blaznjoe said:
Nice build thread! :thumbsup: Is there a specific part number for the Rennline Heel/Toe pedal extension? I’d like to try this out.
Click to expand...

Here's the link for the heel toe extensions: Clicky

Thanks! I guess they are one-size fits most type of adapter. Did you have to drill through the OEM GTI gas pedal? I'm curious as the instructions (pictures) are vague.

zrickety said:
Great build, I am just now seeing it. Very similar to my car but I'm missing the LSD. I wouldn't bother with the catch can, but have you thought about a subframe mount? I've run the red HPA on a previous GTI, it was excellent. This car came with an insert, I have VWR mounts waiting to go in.
Click to expand...

Figured I'd post some feedback about track pads from this past season. I also posted this in the Track Brake Pads Thread, but want to include it here in case people don't follow that thread...

I can't say enough good things about the G-Loc pads. The R8 compound performed flawlessly over a pretty grueling 2-day track event at VIR earlier this month. There are two high speed (130+mph) braking zones in each lap, with many lighter braking zones in between, and I didn't notice any pad fade during any 30 minute sessions. Very little wear during that event, and they are easy on the rotors. These pads even do well at low temps on the street, but the noise they generate is pretty intense. Because of that, I run the GS-1 compound on the street, which is compatible with the R8 on the same rotors. The GS-1 pads have a very similar coefficient of friction as the R8 in cold temps (maybe even slightly higher) and are quite easy to modulate. I really enjoy running them daily. So far they are quiet with less dust than the OEM or Stoptech Street pads I've ran in the past.

A few notes:
Bedding procedure is critical for the R8 compound pads. I tried to bed them in on the street, but wasn't able to get enough heat in them. They did properly bed in during my first session on track, which caused me to lose half a session so I could let them cool. Because of this, I would recommend getting them pre-bed from G-LOC. This is to bring the pad up to temperature to properly off-gas the pad material.

I've reached the limits of Motul RBF600 and find that I need to bleed my brakes at the end of each track day (meaning I'm boiling the fluid). I will need to upgrade next season to either RBF660 or Castrol SRF. 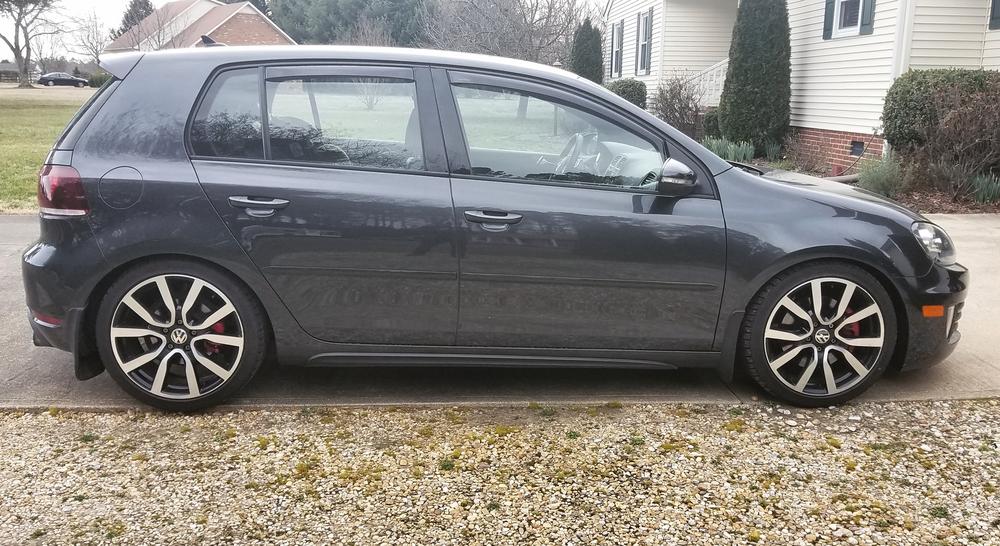 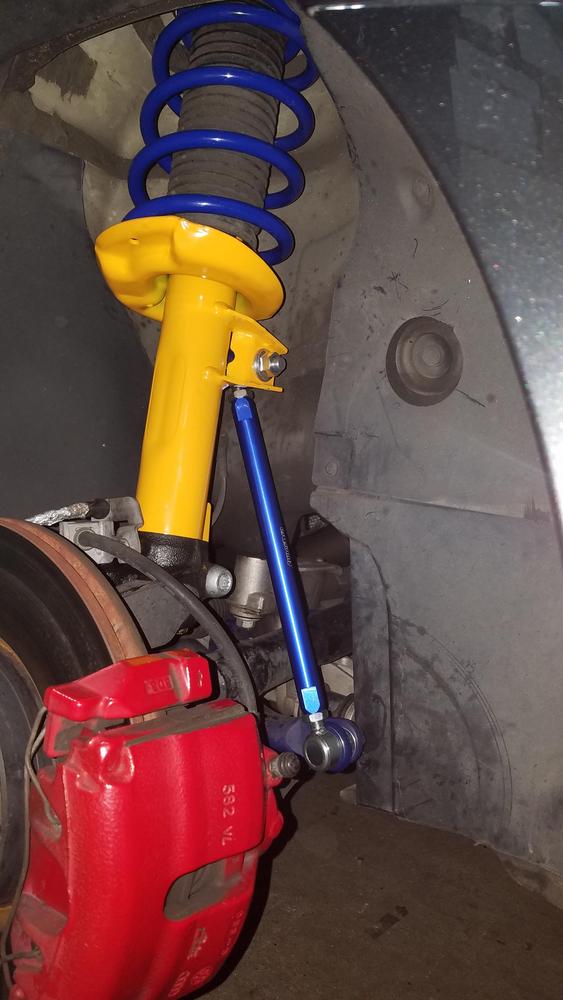 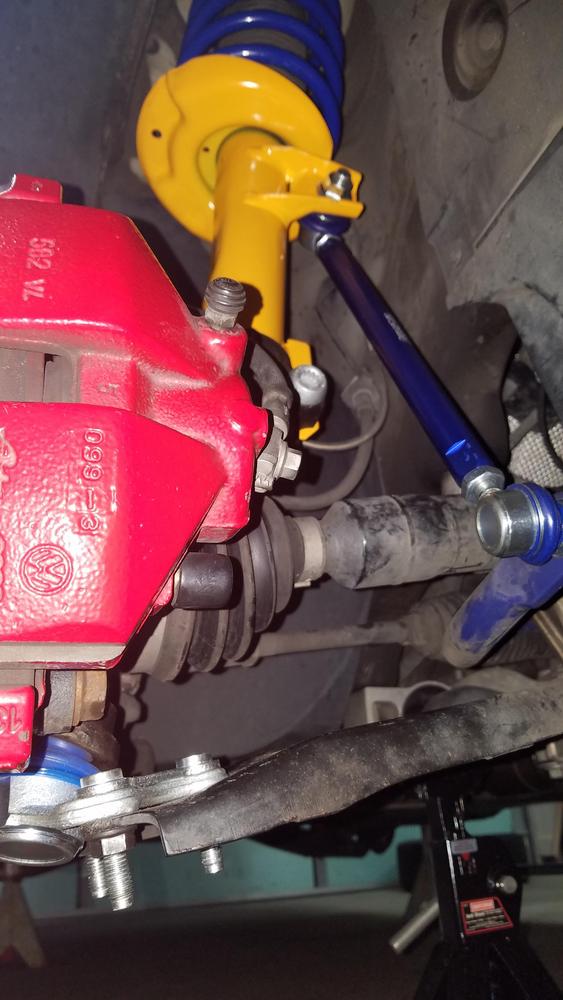 I got it aligned temporarily so I could drive it for a few weeks, the toe was waayyy out. I'll go back for a final alignment once everything settles. The SuperPro ball joints gave me about -.5° of additional camber on each side, so I'm sitting at about -1.55° at the moment. I'm pretty happy with that given that I was at -.8° prior to lowering and installing the ball joints.

Your rig is coming along nice! :clap:

Blaznjoe said:
Your rig is coming along nice! :clap:

The SuperPro ball joints gives some additional static camber up front. In my case I was able to get -1.55°, so I could definitely tell a difference with them. 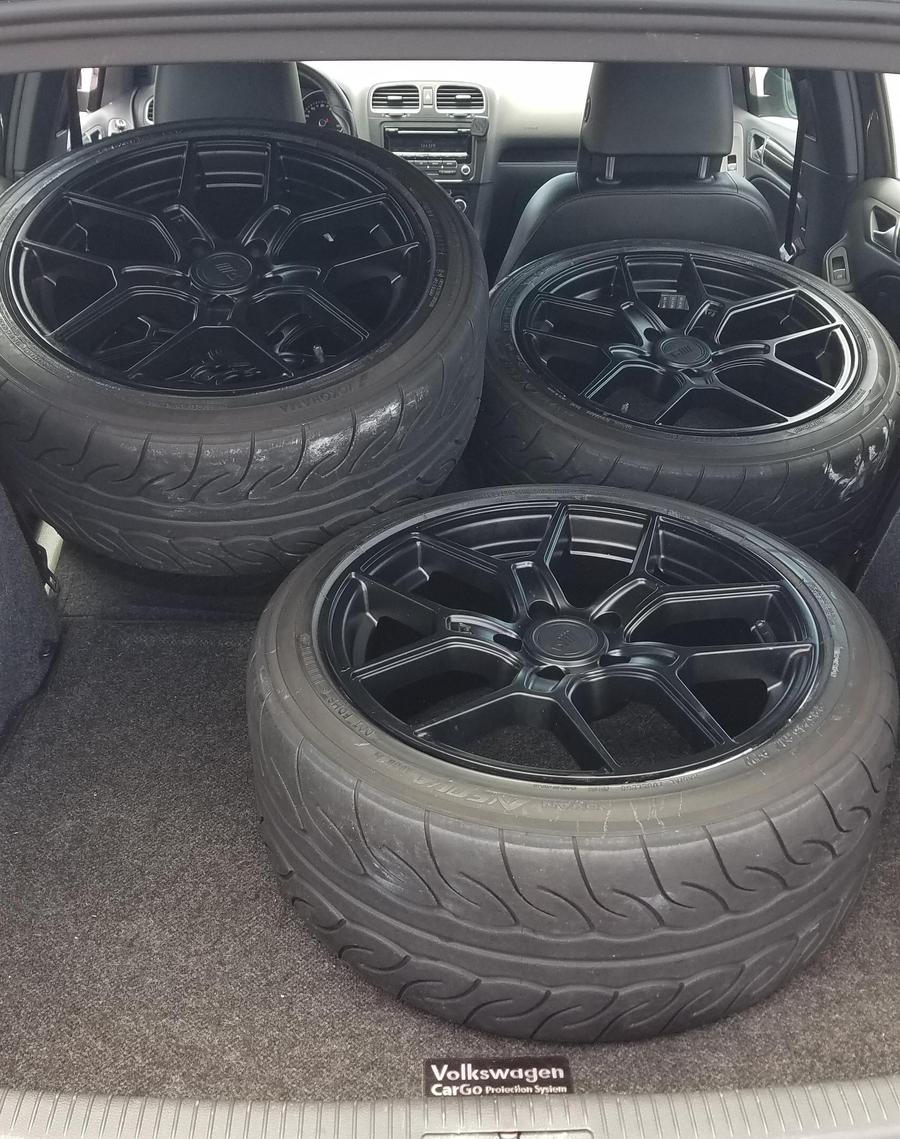 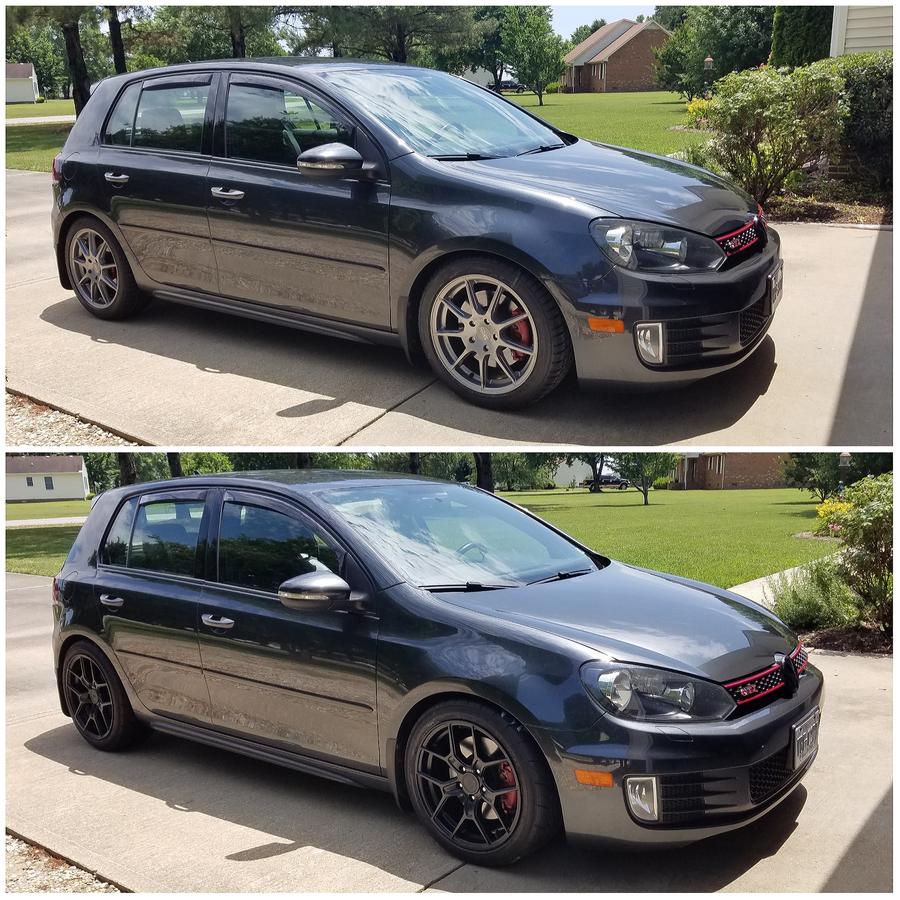 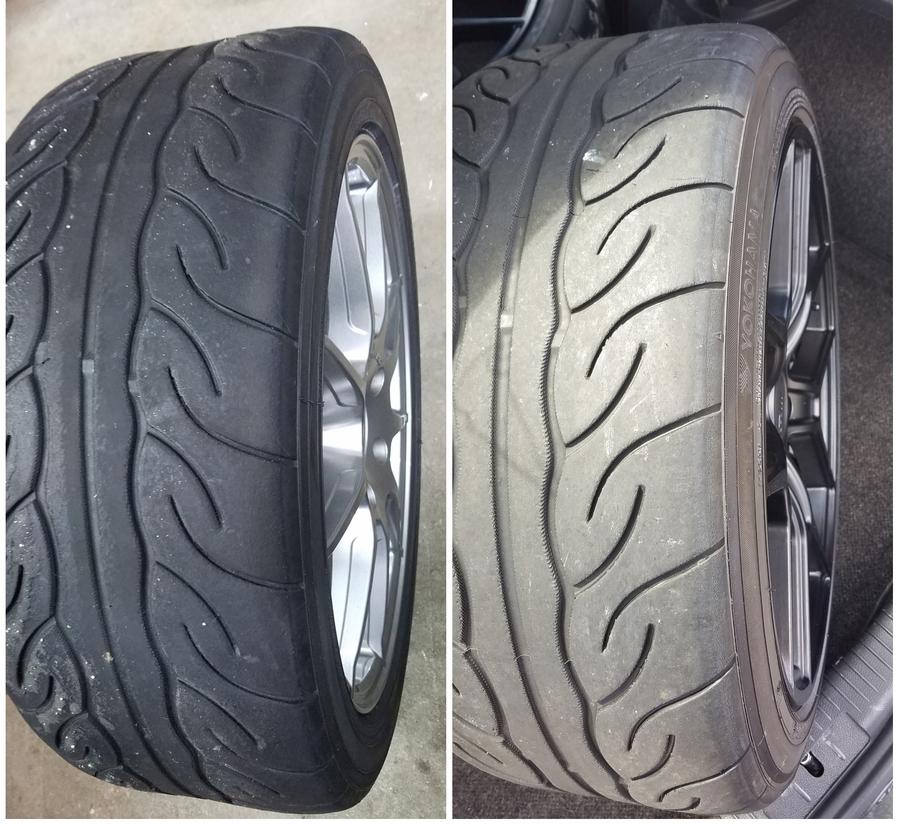 Finally got around to installing my Unitronic Intercooler. Install was fairly uneventful, everything went pretty smooth :thumbup: 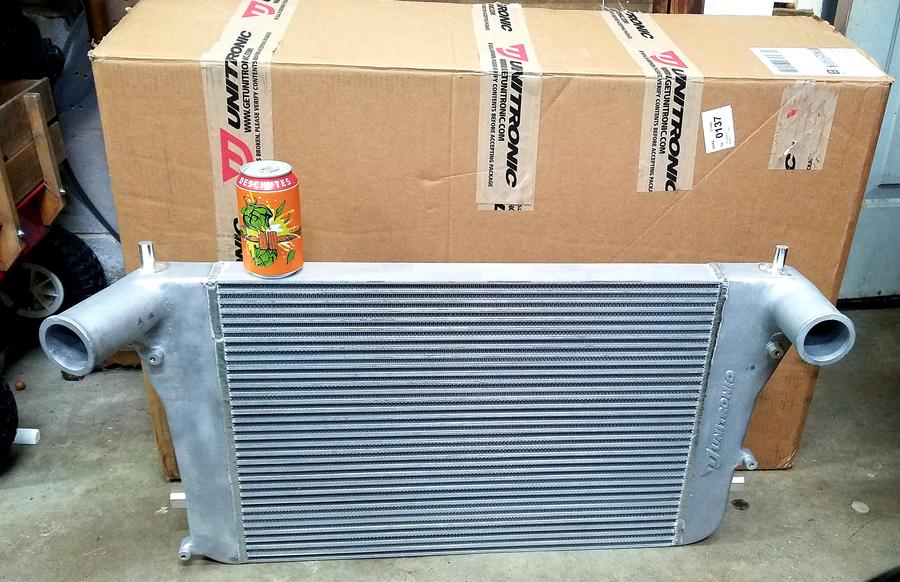 About this time the wife asked exactly WTF I was doing. :laugh: 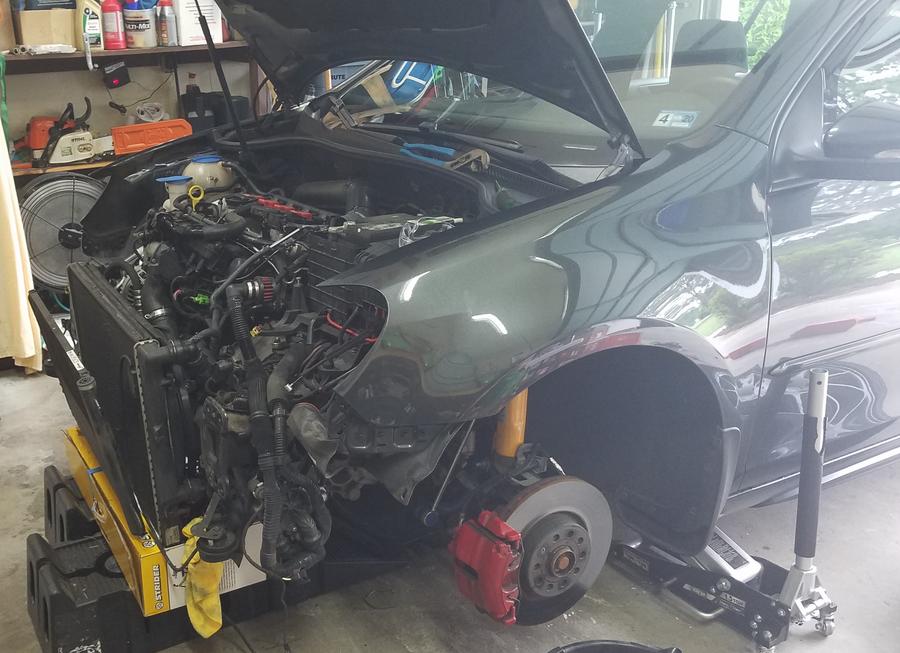 All buttoned back up. Front end sits a little lower thanks to the added weight. 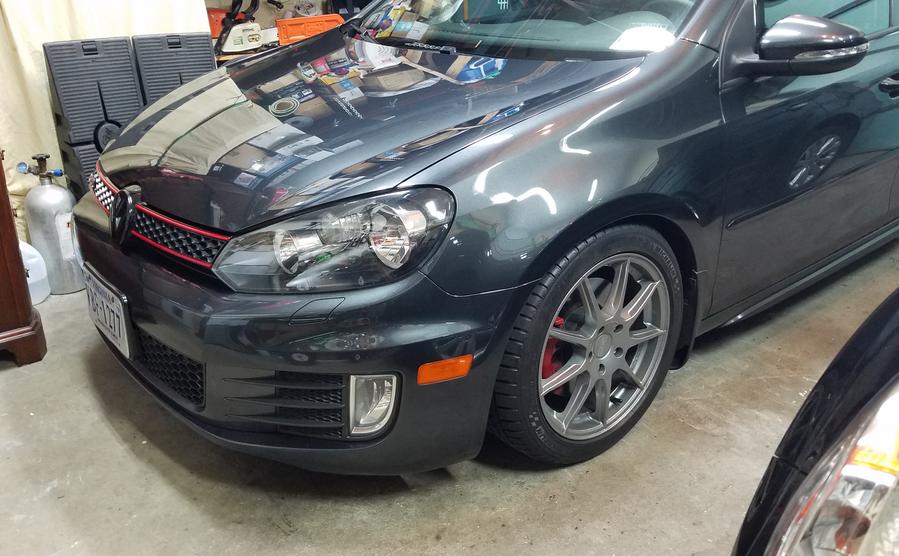 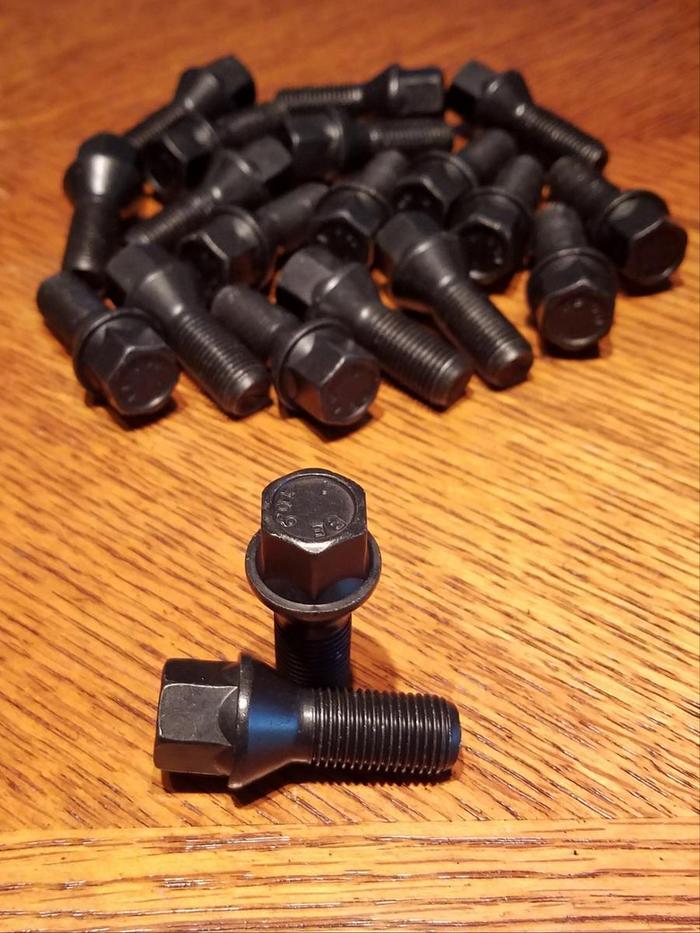 Installed with the track wheels to check fitment 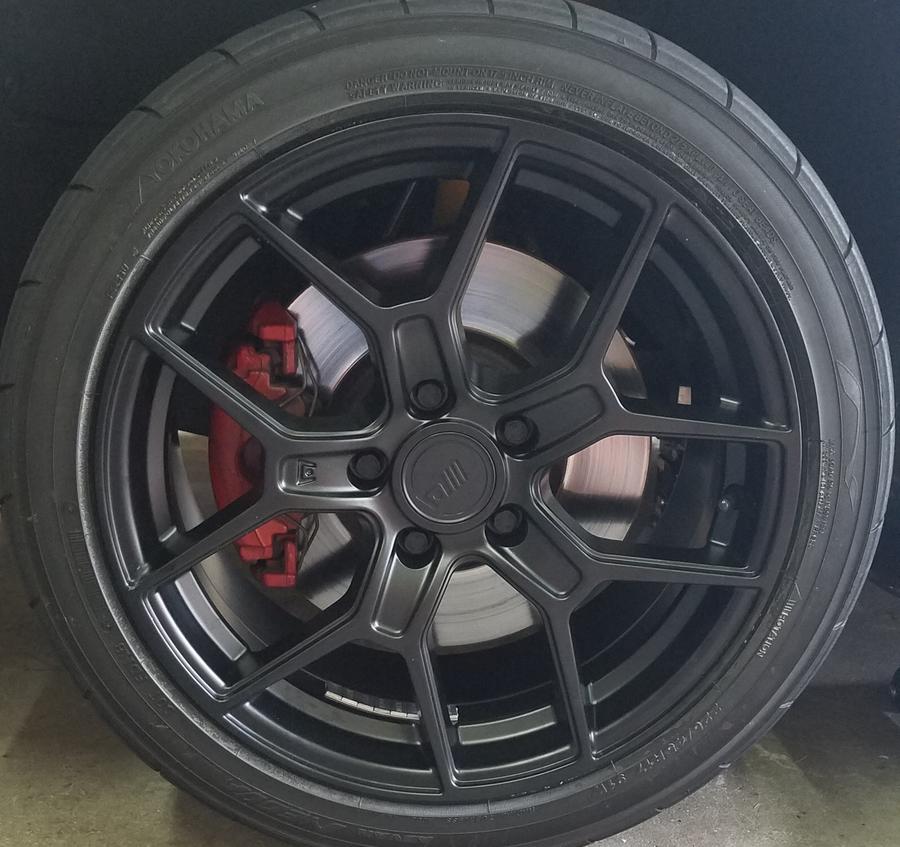